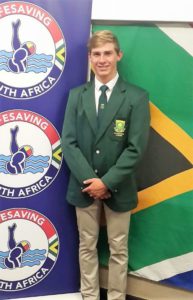 Well done to Darren Goodes (Grade 12), who represented South Africa at the Orange Cup National Life Saving Competition in Holland at the end of last year.

Although he was up against stiff competition from competitors from around the world, Darren won two of the races he competed in – the 200m Super and 100m Manekin. 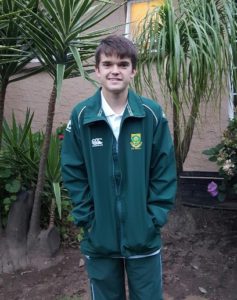 Ryan Boyd (Grade 11) played for the South African U20 Ice Hockey Team at the Ice Hockey Championships in Dunedin, New Zealand from 16 – 22 January 2017.

He will also be representing South Africa in the Mens U18 National Team at the 2017 IIHF Ice Hockey U18 World Championships, Division III, Group B in Mexico City, Mexico from 17 – 19 March 2017.

These are great achievements for Ryan who although only 16 years old shows a great level of maturity, humility and integrity while playing at a level way beyond his years.

We are certainly proud of this true quality Jeppe gentleman.

During 2016, Matthew achieved the following:

Shaveer Khan (Grade 9), was most fortunate to be invited to join other young aspiring cricketers from the area, to a training session with the Proteas Cricket Team at the Wanderers on Sunday 8 January 2017.

The young cricketers were involved in batting and bowling sessions in the nets, fielding drills and practices as well as skills and fitness drills. All activities were overseen by the Proteas players and coaching staff and Shaveer said it was so rewarding to not only have the benefit of their knowledge and experience, but to be doing what the Proteas do in their preparation for matches was something quite special.

The Proteas squad and coaches had lunch with the boys as well as spending time chatting to them, giving them personal tips and just being “there for them”.

“The day spent with the Proteas is definitely one of my most memorable and I am so thankful I was given this opportunity”, said Shaveer.