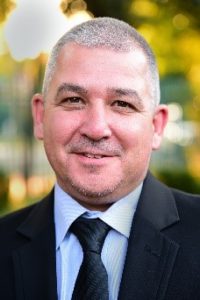 Welcome to all our new and current learners, families and staff as well as to the rest of the school community including our old boys and many sponsors. We thank you all for your support and contributions in the past as we look forward to a successful 2017.

Congratulations to the school leadership, staff and the matric class of 2016 for all your efforts and hard work, which resulted in another successful year for our school.

In 2017, and beyond, we will be focusing on some key aspects of school life, including: applying a mind-set and focus on the little things so that the bigger things will take care of themselves; reviewing, refreshing and coordinating aspects of our policies, procedures and general administration; and improving stakeholder communications.

2017 will be a consolidation year. We will continue fixing up in and around the school campus, within the constraints of the approved operational and maintenance budgets and look diligently beyond to old boys, the Lotto and sponsorships, where critically needed.

We will be placing emphasis on the “Jeppe culture” (respect, pride and manners) and marrying 127 years of ethos with the new generation of learners, parents and educators, adapting to the new world without losing the brand and traditions that we are recognised for within the SA schooling system.

I would like to make the following important official announcement:
After 10 years as the headmaster of Jeppe High School for Boys, Mr Anton Dempsey will be retiring at the end of the year. He will continue leading our school and remain intrinsically and actively involved in all aspects of the school for the remainder of 2017.

Due to Mr Dempsey’s immense contribution and his vision and leadership throughout his years as Headmaster, he will not be lost to Jeppe, and there are plans for Mr Dempsey to continue playing a pivotal role within our community beyond his retirement at the end of this year. (More on that to follow throughout the year…)

Let’s make 2017 a cracker year. Let’s use every opportunity to excel, improve and support in all areas of our school. In the classroom, on the sports field and on the cultural stage, as well as in our community, in society and among the general public. Let’s make this a year to reward Mr Dempsey for all his blood, sweat, tears, sacrifice and to celebrate his achievements in making Jeppe High School for Boys the special place that it is.